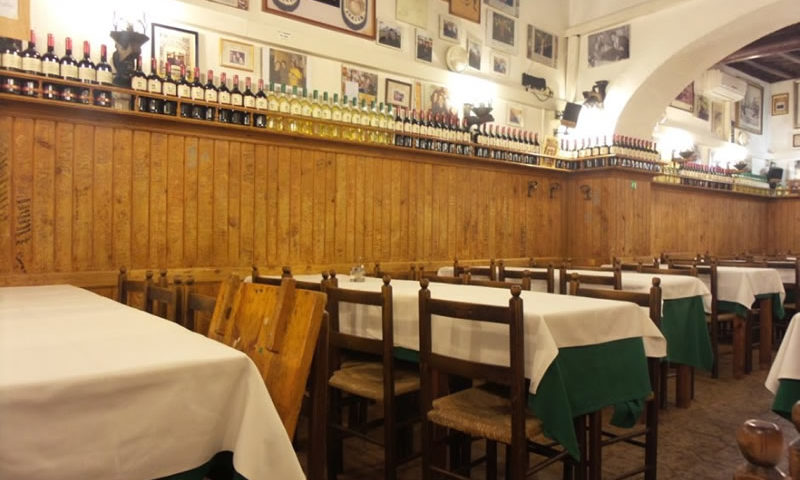 La Parolaccia is not your every-day restaurant. It’s a unique culinary and entertainment experience. It’s one of the most popular trattorias in the historical Trastevere neighborhood. Its peculiarity is the service: all about insults and curse words!

The menu, based on the traditional roman cuisine, features ingredients of rural source. The recipes are centuries old and were passed on from one generation to the next. The roman dishes are extremely rich in terms of calories and the portions are quite big. All dishes are based on farming products. That is, they are made with natural ingredients that come from fertile lands. 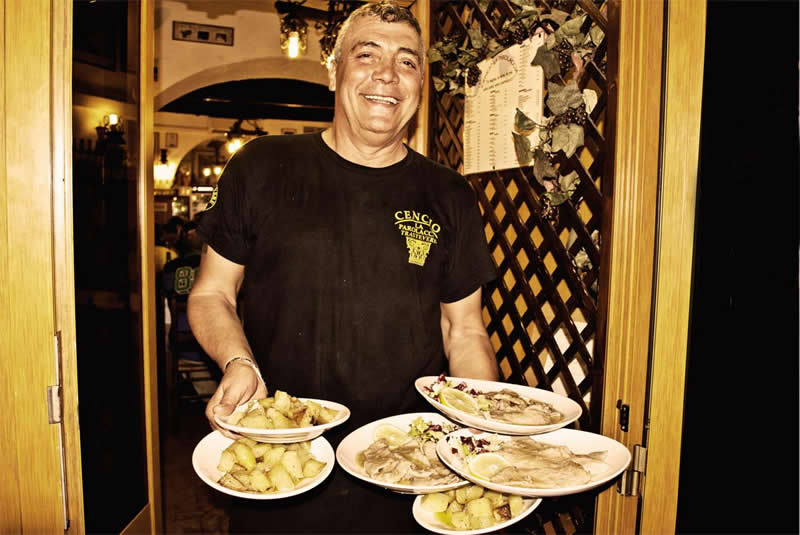 On Mondays to Thursday La Parolaccia serves a set menu and a menu a la carte. On Fridays, Saturdays and Sundays to speed up the service they serve a set menu that includes antipasto, two pasta dishes, a meat dish, side dishes, desserts and coffee. Drinks are out of the menu. The customer can choose from a rich list of bottled wine.

Romabbella recommends to try the delicacies and the great vibe of this typical roman trattoria: so reserve a table now for a fun night out. Just make sure to be in a good mood!

Cabaret show and curse words all around

As mentioned before, the peculiarity of the restaurant La Parolaccia is the entertainment: the place also features a cabaret shows filled with profanities directed to everyone, customers included. No one is safe. The showman, the pianist and the waiters are all on in the joke so they all play their parts in insulting the customer with dirty double meaning jokes. So you are part of the show while tasting the simple dishes of the trastevere culinary tradition.

Besides the curse words and the insults, you can enjoy a vast repertoire of traditional roman songs filled with dirty jokes and complete with waiters running around dressed as women. You will spend a great time as long as you are not too touchy. The customers of La Parolaccia generally come prepared because the jokes can be quite harsh. So get ready to spend a carefree night along with your friends and the restaurant staff and finally enjoy the architectural beauties of the picturesque Trastevere neighborhood.