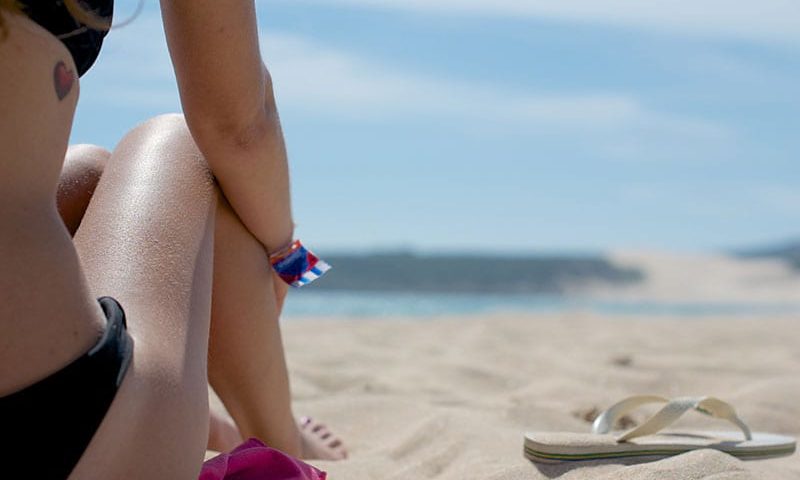 The summer is a season awaited with excitement both by romans that can’t wait to get away from the city and enjoy a nice relaxing day at the beach and by tourists who wish to take a break between museums and monuments in the center of the capital. So let us go through the most popular beach towns near Rome.

The closest beach and easiest to reach for romans is Lido di Ostia. The beaches are very spacious, its sand is dark and thick. The beaches feature many beach rentals complete with all the services as well as many free areas. You can easily reach Ostia’s seaside by public transportation. On the subway B line take the Ostia-Lido train from the Piramide subway station and get off at the Stella Polare stop.

Moving further down south you reach the beaches of Capocotta ‒ between Castel Porziano and Torvaianica ‒, with its dunes covered by scrubland along one of the best preserved coasts of Lazio and part of the Riserva Naturale Litorale Romano (Roman coast natural reservation).

Rolling further down south we discover the beaches of Torre Astura, Nettuno. It’s a large sandy bay closed by a small promontory on top of which a tower stands. The beach is completely free area surrounded by scrubland. The sea is not deep so it’s also suited for the little ones. The area is accessible only in the months of July and August because the area is actually part of a military shooting range.

Going southbound on the Lazio coast and inside the Parco del Circeo you reach Sabaudia, with its soft and golden sand. Free areas as well as beach rentals are scattered throughout. Beyond the dunes that separate the sea from the coastland lakes and that separate the seaside from the small town you will find a beach unknown to many: Bufalara beach. Sabaudia is about an hour and half away from Rome. By public transportation just take the bus from the Eur Laurentina subway station on the B line.

Near the capital ‒ north of Fiumicino, right after the airport ‒ the beaches of Fregene offer several options to its visitors: free areas as well beach rentals. Many areas dedicated to water sports and games for kids so that moms and dads can relax a few hours. Packed lunch or big time lunch? You pick on the white sandy beaches of Fregene! And if you don’t feel like driving there you can take the train (the station is Maccarese-Fregene) or bus (Cotral and Leonardo da Vinci).

We find the town of Maccarese 6 kilometers away from Fregene and can be reached with the same means of transportation. On the seaside of Maccarese you will find free areas as well as reserved areas for all budget ranges. Its peculiarity is that the beaches are dog friendly. The beach service offers a bowl, plastic bag, a small meal, an insurance coverage and veterinary first aid. So also dogs can enjoy a relaxing and safe day on the beach.

Further up north you can go and dip your toes in Marina di San Nicola, part of Ladispoli township and town loved by surfers. It’s a peaceful vacation town. The alleys that cut through the district are mostly private but still open to the random visitor who will find all they need on the beach: restaurants, stands and all sorts of activities.

Still going north about 60 kilometers away from Rome you will reach the beaches of Santa Severa and its majestic castle. On the north side, the coast features sandy white beaches. On the south side beyond the fortress, there’s a long beach with dark sand. The beach is wilder and more austere and beach rentals are nowhere to be seen.

A few kilometers further north the coast features the town of Santa Marinella. The town features rocky and sandy coves, liberty style beach houses, and many colourful beach umbrellas belonging to the several beach rentals. The morphology of the seabed in some areas creates high waves that are very attractive to surfers. On the calmer side of the beach you can go scuba diving to check out an interesting and exotic underwater scene where many mediterranean species live.

Now you are ready to check out the beaches of the coast of Lazio. Pick your spot!